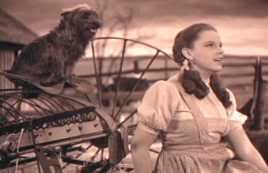 Jasmine asked me this question in my previous post and I feel like I need to think out loud about my response to it.

Hi. I was wondering if you felt disconnected to the written interpretation of air as well as the collage? I found I had two very different reactions to words and the image. So many surprises in this course. I always thought I was a pretty true gemini x

I see the potential of how Air can relate to and with Fire, Water and Earth and yet, I do not understand Air on its own.  Perhaps because I can't touch it - it touches me, but I don't touch it.  I can touch the Earth, I can touch the Water and I can touch (ouch!) Fire, but how does one touch Air?  I can touch things floating in Air, but when the Wind blows through my fingers or hair, I am not touching Air, it is touching me.

I think part of my problem is that I view Air signs as intellectual and not in their bodies.  With all of the Earth I have in my chart, I can understand why I would feel that way, although it is rather shallow of me, isn't it?

I understood the older woman perfectly - that's how I feel when Air signs head off into the ethers and I stand there, squinting at them, wanting to pull them back down to Earth.

That is not their element, is it?  Air is their element and they are what they are, as is Air what it is.  The interesting thing is that I am quite capable of heading off into the ethers with them - but don't know or don't trust that they will head back to Earth.  I think that is  the unnerving part to me.  It's the same sort of feeling I had with the Water element - would I ever touch the Earth again, have my head above water and breathe again?  I've worked through so much of the Water element fear; I wonder how I will work through the Air element fear?

I have lots to think about with respects to the Air element, thanks to this course.

I am really enjoying the mandala making. How are you getting on? x

It's done - I took some photos last night and will see how they look in that light. I may need to take some more in the natural light today.