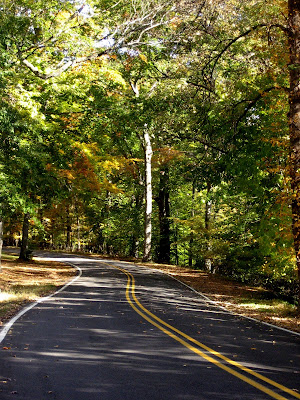 When I first started this blog, I didn't think I would have much to say.  Or that anyone but me would even read it.  But, after 200+ posts, I'm still surprised how wrong I was!

However, yesterday was the first day since August that I posted nothing.  Nada.

And that's because my father, for whom I've been the primary caregiver for the past 6+ years, passed away.  He was short of 90 years old by 5 months.  I don't think he expected to live that long; few people expected that he would outlive my mother what with all of his health conditions, but he did.  And was quite determined the stay in this realm for as long as he could.  At least, his spirit was willing to do whatever it took to stay in this realm, but his body wasn't able to support it.

Here's a bit about him, with surviving family first names and surnames removed:

Frank was born in New York, N.Y. He resided in Linden, NJ, for many years before moving to Winfield Park in 1951. He was employed by Exxon-Mobil Bayway Refinery, Linden, as a chemical operator and mechanic for 40 years, retiring in 1982. Frank was a World War II Army veteran 2nd lieutenant, serving in the Pacific. He was a member of Teamsters Union, Linden, and the Cranford Millburn Camera Club since 1947, receiving many awards for his photography. He was also the township photographer for Winfield and a past member of the Winfield School Board.

Frank was also an avid league bowler at Linden Lanes, an audiophile, and nature lover, often seen walking through Winfield Park with his many cameras. He was predeceased by his wife of 56 years, Madelyn . Surviving are seven daughters and one son, and one sister.  He is also survived by 11 grandchildren, five great-granddaughters, two sisters-in-law, many nieces and nephews, and five loving family dogs, and a parrot. In lieu of flowers, donations can be made to the Winfield Volunteer Ambulance Squad.

May the road to Summerland be a smooth one, Dad....

I'm so sorry for your loss. Sending you hugs. If you need to talk, you know where i am xxxx

Your dad sounds like he was a wonderful man. He lived a nice long life! I'm so sorry for your loss. It's always hard to lose a loved one.

It is amazing how a life's passing effects us. Almost 90 is an accomplishment and it sounds like he enjoyed life.

Oh Gods, I am sorry, Delphyne. May Brighid bring you comfort in this time, and may your Father speed onward toward whatever is next for him in peace and love.

90 is seriously impressive. He must have had one heck of a fire in him.

I'm so sorry for your loss.
It's so good for you to have all these beautiful memories. He will stay alife in your heart.
XXXm

i always feel that words are so inadequate when a loved one leaves... so i will just say that i am sending you love... great, bounteous, bright love...

May your days be filled with grace as you journey through this time. How lovely that your father had such a long life. Sending a big hug!

thinking of you, and so sorry to hear that you dad has passed away. These memories are so precious & may they help you in the days to come.