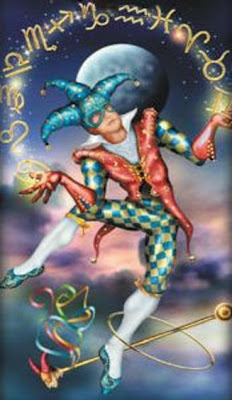 A few ways this day is celebrated around the world and why it's good to laugh!


Iranians play jokes on each other on the 13th day of the Persian new year (Norouz), which falls on April 1 or April 2. This day, celebrated as far back as 536 BC, is called Sizdah Bedar and is the oldest prank-tradition in the world still alive today; this fact has led many to believe that April Fools' Day has its origins in this tradition.[4]
The April 1 tradition in France and French-speaking Canada includes poisson d'avril (literally "April's fish"), attempting to attach a paper fish to the victim's back without being noticed. This is also widespread in other nations, such as Italy (where the term Pesce d'aprile (literally "April's fish") is also used to refer to any jokes done during the day). In Spanish-speaking countries, similar pranks are practiced on December 28, día de los Santos Inocentes, the "Day of the Holy Innocents". This custom also exists in certain areas of Belgium, including the province of Antwerp. The Flemish tradition is for children to lock out their parents or teachers, only letting them in if they promise to bring treats the same evening or the next day.
In Poland, prima aprilis ("April 1" in Latin) is a day full of jokes; various hoaxes are prepared by people, media (which sometimes cooperate to make the "information" more credible) and even public institutions. Serious activities are usually avoided. This conviction is so strong that the anti-Turkish alliance withLeopold I signed on April 1, 1683, was backdated to March 31.
In Scotland, April Fools' Day is traditionally called Hunt-the-Gowk Day ("gowk" is Scots for a cuckoo or a foolish person), although this name has fallen into disuse. The traditional prank is to ask someone to deliver a sealed message requesting help of some sort. In fact, the message reads "Dinna laugh, dinna smile. Hunt the gowk another mile". The recipient, upon reading it, will explain he can only help if he first contacts another person, and sends the victim to this person with an identical message, with the same result.
In Denmark the 1st of May is known as "Maj-kat", meaning "May-cat", and is identical to April Fools' Day, though Danes also celebrate April Fools' Day ("aprilsnar").
In Spain and Ibero-America, an equivalent date is December 28, Christian day of celebration of the Massacre of the Innocents. The Christian celebration is a holiday in its own right, a religious one, but the tradition of pranks not, though the latter is observed yearly. After somebody plays a joke or a prank on somebody else, the joker usually cries out, in some regions of Ibero-America: "Inocente palomita que te dejaste engañar" (You innocent dove that allowed to get yourself fooled), as a popular expression. In Spain is common to say just "¡Inocente!" (Innocent!).
From Wiki
Is there anything better than a contagious giggle that you absolutely can’t control? (Ok, maybe not so good in school or church.) Laughter works wonderfully well in the moment, but it also has some surprising long-term health benefits. In the book A Better Brain at Any Age: The Holistic Way to Improve Your Memory, Reduce Stress, and Sharpen Your Wits (Conari Press, 2009), author Sondra Kornblatt explores how laughter can truly make you feel better.
She writes that the new field of gelotology is exploring the benefits of laughter. It was brought to the public’s awareness in Norman Cousins’ memoir Anatomy of an Illness. Cousins found that comedies, like those of the Marx Brothers, helped him feel better and get some pain-free sleep. That’s because laughter helps the pituitary gland release its own pain-suppressing opiates.
What can laughter do?:
Humor and creativity work in similar ways, says humor guru William Fry, M.D., of Stanford University–by creating relationships between two disconnected items, you engage the whole brain.
Humor works quickly. Less than a half-second after exposure to something funny, and electrical wave moves through the higher brain functions of the cerebral cortex. The left hemisphere analyzes the words and structures of the joke; the right hemisphere “gets” the joke; the visual sensory area of the occipital lobe creates images; the limbic (emotional) system makes you happier; and the motor sections make you smile or laugh.
So let’s laugh. What makes you laugh? Tell us your favorite funny movie, or how about a good joke?
From the Care2 folks.
Posted by Delphyne at 9:14 AM

fantastic post.. laughter's good for the soul, and pleasantly contagious! the joke below always makes me chuckle.. hope you enjoy...

Take off clothes and place them sectioned in laundry basket
according to lights and darks.

If you see husband along the way, cover up any exposed areas.

Look at your womanly physique in the mirror - make mental note to do more sit-ups / leg-lifts, etc.

Get in the shower.

Wash your hair once with cucumber and sage shampoo with 43 added
Vitamins.

Wash your hair again to make sure it's clean.

Wash your face with crushed apricot facial scrub for 10 minutes until red.

Squeegee off all wet surfaces in shower.

Get out of shower.

Dry with towel the size of a small country.

If you see partner along the way, cover up any exposed areas.

Take off clothes while sitting on the edge of the bed and leave
them in a pile.

Walk naked to the bathroom.

If you see partner along the way, shake willy at her making the
'woo-woo' sound.

Look at your manly physique in the mirror.

Admire the size of your willy and scratch your bum.

Get in the shower.

Blow your nose in your hands and let the water rinse them off.

Fart and laugh at how loud it sounds in the shower.

Wash your bum, leaving those coarse bum hairs stuck on the soap. Wash your hair.

Rinse off and get out of shower.

Fail to notice water on floor because curtain was hanging out of bath the whole time.

Return to bedroom with towel around waist.

If you pass partner, pull off towel, shake willy at her and make the 'woo-woo' sound again.

I love your posts. Very inspiring and fun. I am happy to come across your blog and look forward to reading more. :)

Thank you, Kanani - and welcome! Very pleased to meet you. Is that a Hawai'ian name by any chance?

Love the post, Kathy ... and love the joke, which I've heard before and never fails to make me laugh out loud! Truth, it is!

Laughter has healed my soul, and I now laugh whenever I can!

I'm glad, Shelly - laughter and Nature and good friends are balm for anything that ails anyone! xoxo