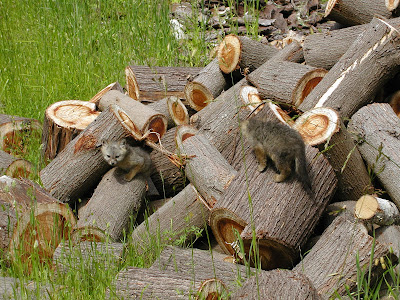 Photos taken by Roger in Sonoma, California ~ click on images to see the cuteness!

But it seems impossible.

Whatever the subject, the morning sun

The tulip feels the heat and flaps its petals open and becomes a star.

As for the stones on the beach, forget it.

Each one could be set in gold.

So I tried with my eyes shut, but of course the birds

And the aspen trees were shaking the sweetest music

out of their leaves.

And that was followed by, guess what, a momentous and

as comes to all of us, in little earfuls, if we’re not too

hurried to hear it.

As for spiders, how the dew hangs in their webs

So fancy is the world, who knows, maybe they sing.

So fancy is the world, who knows, maybe the stars sing too,

and the ants, and the peonies, and the warm stones,

so happy to be where they are, on the beach, instead of being

locked up in gold. 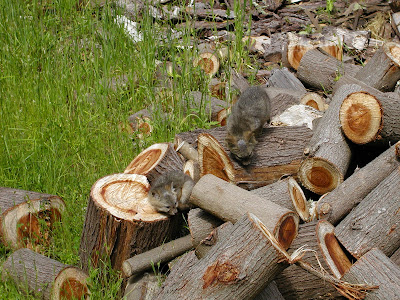 What is it about baby anything that makes the most composed among us just want to go SQUEE! lol They are adorable.

It's probably one of their survival tricks! Squeeee is right - I can never contain myself around such cuteness!

I love fox cubs so much! I could watch wildlife for hours.

Thank you for all your seasons wishes. Heres wishing you lots of adventure, fun and happiness for 2010 xx

Thanks, Jasmine - I love to watch wildlife, too. They're endlessly fascinating and entertaining.

Wonderful pics and a perfect poem to go with them. Yummy!

Thanks, Rena - so good to see you over here! xoxo