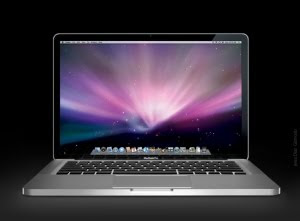 This is Lilith, my new computer.  She's a MacBook Pro that I bought in March of this year and she's having some issues.  So we're off to the Apple store for a morning appointment to see what is wrong with her.  I'm also taking Evie, my first Mac, an IMac, in to have the information transferred over to Lilith - it will take a few days, I'm told, so we won't be around until Monday - I hope it's not later than that!

Have a wonderful 4th of July weekend, everyone!  See you soon!


Update:  Well, it seems Lilith's hardware has a glitch and needs a new part, which won't show up until next week.  Then, I will be without a computer for a few days while they Apple folks do the repair and do the mind meld from Evie to Lilith!

I can get online, but it sure does take a LONG time!  As in dial up slowed down to the pace of a turtle.  But, at least I can get online, so I am thankful for that!
Posted by Delphyne at 8:47 AM

Good luck with that! I hate it when things go wrong!

i miss you already!
this too shall pass.
sending you love and patience.

Good luck darling, hope both ladies feel better soon, and their mommy of course. I know I suffer when my girls are not feeling 100%.

Hope you enjoyed your 4th of July too!

Hope Lilith feels better soon! Couple years ago My first MacBook (Rune) had a glitch just under warranty - he had a hardware part that was mucked up; I don't remember the exacts but because they couldn't figure it out the fine detail of the base problem (would entail testing every minute bit of hardware) and because we had made 4-5 trips down there; I got my current baby - a replacement MacBook -- Gigg (two "g"s for 2 GBs) So I do know the pain. So with that I leave my well wishes for Lilith (albeit late) with you.