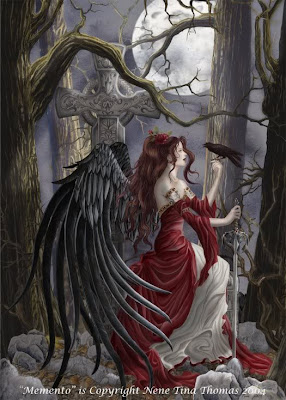 Image is from here

I finished reading Waverly's newsletter and she had an interesting "book report" on crows. The book is called Crow Planet: Essential Wisdom from the Urban Wilderness, by Lyanda Haupt. I love animals and love observing them - this book sounds fascinating.

I found a few interesting tidbits about Crows that I want to share, including Waverly's review of the book.
In this delightful and charming book, Seattle author, Lyanda Haupt, an ardent bird-watcher, who has previously written a book of lovely essays about rare encounters with ordinary birds and a book about the education of Darwin during the voyage of the Beagle, focuses on that quintessentially city bird, the crow. I’m only a few chapters into her book but already well-rewarded by learning about the long history of nature writing ( (I was embarrassed to realize there were so many fine writers in this field I have never read) and by reading her observations on why it’s important to attend to nature in the city.

I love crows (it was a crow that started me on the quest to time that became my Slow Time book) and so I love her stories about these smart, entertaining and sociable birds. The one that affected me the most: Lyanda stopped when she saw a group of crows gathered on the side of the road and discovered they were grouped around an ailing bird with a broken wing. After examining the bird she realized it was going to die soon, and that the other crows had gathered to be with it during its final hours, just as we gather around the death bed of those we love.

Another poem by Michael Garofalo:


From Lin's Domain, Crow as Keeper of the Sacred Law:

Crows are the keepers of the Sacred Law
and to have a Crow totem is very powerful.

Personal Integrity are your watchwords and your guide in Life.
If you have a Crow totem, your prime path
is to be mindful of your opinions and actions.
You must be willing to walk your talk,
to speak your truth and to know your life's mission.

Crow is a omen of Change.
Crow lives in the void and has no sense of time,
therefore, it sees past, present and future simultaneously.
Crow merges both light and dark, both inner and outer.
It is the totem of the Great Spirit and must be respected as such.

They are symbols of creation and spiritual strength.
Look for opportunities to create and manifest the magic of life.
Crows are messengers calling to us
about the creation and magic that is alive in the world today
and available to us.

Sayahda also has some interpretations of Crow as totem animal. Click here and scroll down.

And finally, artwork by a friend who lived across the street from me when growing up. He's become quite a gifted artist. Here is his picture of Crow. Beautiful, isn't it?
Posted by Delphyne at 11:14 AM

Thanks for the research, commentary and stories. I am glad that something about the image sparked! I have been paying attention to the group that live here, (upstate NY) watching the sentries call out the way for their routine movements. I am also aware that they can identify me, in my yard, as someone or something that is supposed to be there and can be trusted. They sit on the same two branches every morning. Recently another friend pointed out that the crows "Blackness" may match the negative space, as seen from above by hawks. A view that we do not have. I still wonder, How did the Crow know to become the void and not the substance? How do they know how to be in my dreams?

I wonder if there is a difference or space between the void and the substance. They are like the parts of the breath - one in, pause, one out, pause and repeat endlessly. If this is true, then there would be no separation between you and Crow - just different parts of the same breath.