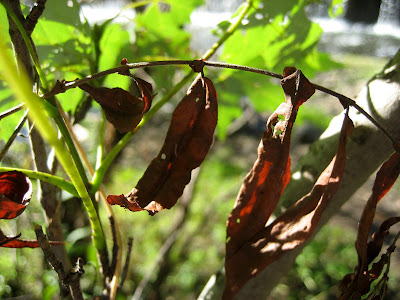 Persephones' Prayer Flag
she of the serpents stays among the trees curled in the moss
unwilling to leave
watched anxiously from afar
by her wayward donkey
and careful eyes of her human companions (human? if a horned woman is thus so)
who know so little of her (although the horned woman knows more but says little)
their beloved buried in sifted bone too deep to reach
only faith to push them forward

if one is watching close