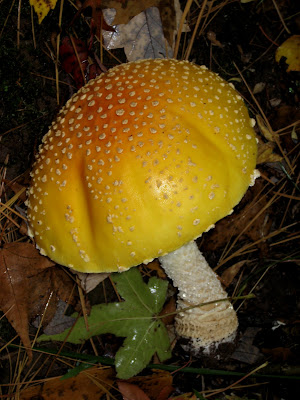 It is such an incredible September morning - it was cool when I got up, cool enough to close the windows. So typical of mid-Autumn, yet it's only the first of September. There's also a quietness in the air along with the coolness and deepening shadows - I only hear the crickets singing now, no birds.

And as the seasons come and go,
here's something you might like to know.
There are fairies everywhere:
under bushes, in the air,
playing games just like you play,
singing through their busy day.
So listen, touch, and look around
in the air and on the ground.
And if you watch all nature's things,
you might just see a fairy's wing.

~Author Unknown~
Posted by Delphyne at 11:15 AM

Me, too - it's so sing songy and it definitely brings out the 7YOW in me!